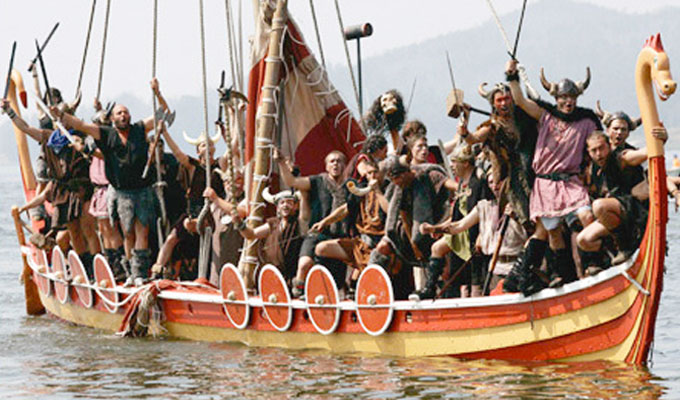 By now you have heard of the Panama Papers and the Mossack Fonseca. A massive data breach that was distributed through the media exposing the financial dealings through offshore accounts of many world leaders, politicians, celebrities and alleged nefarious individuals flooded the headlines last week.

The first public figure casualty from the largest data breach in history was the Icelandic Prime Minister, Sigmundur Davíð Gunnlaugsson. After the revelations of the more than 11 million documents were distributed and analyzed, the Icelandic version of

„60 Minutes“ aired the information on Sunday prime time TV. The Icelandic public reacted immediately to the revelations that Gunnlaugsson and his wife had undisclosed money in tax havens through Mossack Fonseca. Over the next few days, nearly 10% of the Population signed an online petition and organized protests outside of the Parliament building demanding Gunnlaugsson step down as the Prime Minister and snap elections for new cabinet ministers.

During the three days of protests the ruling coalition of the Progressives and Independents held meetings inside Althingi (parliament), and an agreement was reached – Gunnlaugsson would step aside for the next in line from the Progressives. Sigurður Ingi Jóhannsson, who served as the Minister of Fisheries and Agriculture since 2013 became the acting Prime Minister, while Gunnlaugsson, denying any wrong doing and insisting he didn‘t step down from his position, continued to serve as the Chairman of the Progressive Party. When the announcement was made to the public the protestors continued to voice their opinions about the entire Icelandic government. Although the public won‘t get the new elections until next Autumn, an interesting trend emerged concerning the newest Icelandic political party, the Pirate Party – founded under 3 years ago.

The ramifications of Gunnlaugsson‘s actions, which aren‘t considered illegal, are starting to reverberate through the Icelandic political landscape in the form of Pirates. These pirates – no direct affiliation to the ones from Sweden or the Silk Road – have been winning in the polls, garnering a 40% voter support since the Panama Papers revelations. This new found support is unbelievable for a party that currently holds 3 seats in the 63 available seats in Althingi (Iceland‘s Parliament).

The international anti-copyright Pirate movement spawned the Pirate Party in Iceland and the digital information that was stolen/revealed through the Panama Papers draws some correlation to Pirate Party principals such as the reform of copyright and patent laws, along with the free sharing of knowledge (open content). How the information was acquired is currently a mystery with Mossack Fonseca declaring that it was a hack through an internal mail server, but many security experts are very skeptical about how 2.6 terabytes of data could be obtained through a breach in a mail server, as well as why was the information given to the media for free.

Hacker with a guilty conscience?

The other debate regarding the stolen information is about a whistle blower with a conscience, who wanted to pull a ‘Snowden’. But why anonymously reveal the data over the period of one year through the German media outlet, Süddeutsche Zeitung (SZ.de)? (Interestingly, the Pirates of Iceland have proposed granting Edward Snowden citizenship.) The Panama Papers source has declared that his life is in danger and must remain anonymous.

The Pirate Party in Iceland is capitalizing on the movement and utilizing social media to capture support through meetings and donations. The Icelandic Pirates are a mixture of young and seasoned individuals, but the youth movement is very strong. Because of the younger generation supporting almost anything against the established Old World Vikings, currently the popularity has started to shift to the youthful pirates on the island in the North Atlantic. The Vikings have a lot more to say and do regarding the political landscape in Iceland, especially considering that Iceland has been practicing democracy since 930 AD.

Quick fact: Thingvellir, which translates to “Parliament Plains”, is a National Park and one of the most popular tourist destinations, because it is the place where democracy in Iceland began and where the Althingi general assembly took place between 930 AD and 1798 AD.

The battle for supremacy in Iceland between the Vikings and Pirates may have just begun. The Vikings may have suffered a loss, but the upstart, digital Pirates have a long way to go to prove they belong in politics.

The next article will focus on the scope and ramifications of the data breach from the Panama Papers event. Thank you for reading.