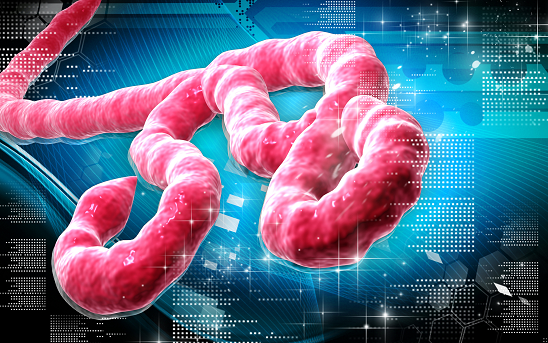 The challenges in Ebola risk management during the latest outbreak are unleashing an endless chain of transmission in West Africa, leaving in its wake a devastating tragedy of heart-wrenching tales. The stories of Saah Exco and Princess and Georgina are only the glimpses of sufferings faced by communities in Liberia, Sierra Leone and Guinea – the epicenter of the outbreak. Death is often accompanied by emotional anguish resulting from touch deprivation of the loved ones. Ironically, it is the soothing touch and care during the illness, and funeral practices that transmit the Ebola virus disease (EVD), the contagiousness of which ensures that the infection is transferred to some, if not all, who came into physical contact.

According to a Brown University research there has been an increase in the number of infectious disease outbreaks over the past 33 years. The report that analyzed more than 12,000 outbreaks affecting 44 million people globally found the increase in unique illnesses has resulted from a growing number of sources. Katherine Smith, one of the authors of the study, attributed it to the increase in interconnections among humans and with animals which “create opportunities for pathogens to switch hosts, cross borders, and evolve new strains that are stronger than what we have seen in the past.”

The risk of Ebola, too, was silently brewing and has struck at a time when the risk-intensive world is dealing with forces of renewed terrorism, online privacy concerns and infrastructure security risks, among numerous others that include cyclones  and volcanoes. Since its first appearance in 1976 in Sudan and Congo, the outbreak of Ebola virus – thought to be hosted by fruit bats – has occurred more than 30 times, involving mostly the poorest African countries. Although the Brown University study finds that the increasing outbreaks of infectious diseases “are affecting a shrinking proportion of the world population”, the more than 5000 Ebola victims point to more concerns than what a prosperous modern world could foresee.

The outbreak could be viewed, to a large extent, as a pure paradigm of failed prevention, where the perceived low frequency risk blinded the risk of severity. It is no short of a blessing that Ebola epidemic has been infrequent, especially not as severe as the ongoing one. However, the infrequency has ensured a dearth of data to arrive at quality prevention and response practices – both for risk strategists and the global medical community.

Risk management challenges in volcanic eruptions are also no less devastating. However, their frequency of happening and ever-present threats across multiple geographies afford information that enable foreknowledge to adopt effective safety measures. On the other hand, Ebola is a fast-moving crisis for which there exist too many variables but no absolutes. While the existence of abundant variables has led to the absence of a powerful, coordinated global-level response, the lack of absolutes has led to a slow human response and the absence of tougher standards.

The Ebola threat has survived on the inequalities of the global healthcare, to the extent of an inevitability that the hotbed could not be other than Liberia, Sierra Leone and Guinea. These countries truly represent what could go wrong in healthcare – 1 doctor attends to approximately 76,000 Liberians, while per 100,000 people in Guinea and Sierra Leone 3 and 11 doctors respectively attempt to treat and contain the devastation. By contrast, 2012 total expenditure on health per capita for the United States stood at $8745, followed by Norway, $6140.

It is nothing short of unwillingness and inefficiency that for a deadly virus that has existed for more than three decades, there is no dedicated strategy to prevent any onslaught. One could rejoice as the world’s first breathable Ebola vaccine has passed animal testing, there is enough to repent that there had been no efforts to prioritize countermeasures to prevent any outbreak.

Ravaged by civil wars and a constantly collapsing health system, the countries in West Africa are looking towards the mature economies where some quarters still believe Ebola is an African problem while the developing countries, willing partners in businesses in Africa, consider themselves “too far” to extend any helping hand. While 10 years old Saah Exco died an “abandoned” death sitting on a bucket in front of his own community, the US had its infected workers airlifted and successfully treated.

Suspected Ebola cases in the West are under observation of media to policy-makers whereas confirmed patients in Africa disappear into communities even as mobs attack health establishments believing Ebola to be a hoax and run away with contaminated material. Obviously, some of these challenges are rooted in culture and chronic under-investment in related public services but better support could manage the risk of a wider outbreak, especially into the neighboring countries.

Sadly, the Ebola threat has remained unaddressed because of the countries the virus has not affected as badly and because it has attacked the poorest population – a segment the $300 billion a year global pharmaceutical industry is not actively interested in. An October Oxfam report highlights that Africa’s share of the world’s extreme poor is likely to rise to 80% or above by 2030. Extreme poverty has undermined growth in Africa – where population is expected to double by 2050 and sub Saharan Africa alone houses a third of the world’s poorest people – while the number of billionaires worldwide has doubled since the recession. On the other hand, Tony Banbury the UN mission-in-charge in West Africa to fight Ebola, has said he does not quite possess the resources necessary to defeat the outbreak! This, despite “persistent and widespread” transmission threat in the most affected countries.

Some of the challenges surrounding Ebola are real, threatening to further an existing darkness. The onus is on the world leaders from every sphere to help it reach the end of the tunnel, aim at inclusive growth and equitably share any impressive growth. As we prepare to colonize another planet we must not leave too many challenges behind, the elimination of which are obviously not impossible!